In this model, the conversion rate is the product of the percentage of conversions at each step. So, to improve our conversion rate, we needed to reduce churn. There are many points of entry to the driver sign-up flow web pages, email, and app, to name a few , varying by region. Not all driver candidates go through the exact same sign-up process. And even for those who do: what happens if they start the process on their phone then choose to continue on a desktop computer? What if they pause their application and resume it two months later?

What if they go back one step and change innocuous information ex. The answers to these questions have a notable impact on our conversion rate. When we started measuring the number of steps from sign-up to activation—that is, all the events we were able to detect—we discovered huge variability in the number of steps actually taken by drivers. In some cases it took a few dozen steps to go from sign-up to first trip, but in others, it took far longer. In some cases, driver candidates might go through hundreds of events before dropping from the funnel.

Contrary to what we long-assumed, there is not one most effective path to conversion, but rather thousands, some short, some long, some linear, some crooked. Indeed, the journey to conversion is a real maze. To better understand the sign-up process, we built Maze, a tool to visualize aggregated sequences of events, enabling us to answer questions such as:. Answering these questions through traditional means for instance, a SQL query is cumbersome and error-prone. Instead, our tool finds the size of every sequence of events and represents the entire funnel visually.

When a user opens the driver app and begins sign-up, the app logs every action they perform, enabling Maze to transform each app session into a series of events. To explore these sessions as a unified whole, we use a sunburst visualization , a visual representation of the funnel made of concentric rings.

The center rings of the sunburst are made up of multiple arcs, representing the first events of all the sequences, and can end up in one ring if all sequences start from the same event. Then, for each extra step, we draw a ring made of one or several arc segments, with each segment corresponding to a specific event and sized proportionally to the sequences that correspond to that event. In the Maze UI, we can highlight a certain path with our cursor and it will represent the sequences of events in that exact order, enabling us to easily see what proportion of the total sessions they represent under that node.

From there, we can use the UI to refine the results we need. For instance, as depicted in Figure 3, we can filter for the events we want represented on the screen. In fact, our UI lets us do all kinds of filtering and exploration. We can also narrow our sunburst to user sessions during which a successful data query is followed by an error on the same query.

This type of specification lets us explore possible pain points during the driver sign-up experience, enabling us to understand what went wrong and determine how we can fix it for future users. At Uber, our data scientists use Maze to test certain hypotheses and assess their validity. In Figure 5, for example, we observe a spire of purple nodes at the top of our visualization, representing clicks on the back button of the browser for a certain web page during the driver sign-up process.

In this scenario, we can tell that driver candidates at that step would continue clicking on that button until they gave up altogether on the process or decided to continue progressing chronologically. Our web architecture also incorporates a React client and a Node server as an RPC proxy, as well as integrated performance metrics, traffic monitoring, and coverage reports.


To present valuable data visualizations at scale, Maze achieves a well-defined balance between responsive user interactions and high performance. In addition to the Redux framework, layered caching is also applied to our system, as detailed below:. Data visualization at scale can be a challenging process. Maze solves this problem by enabling us to visualize very large data trees. Visualizing large sequences of events can result in trees of up to layers in depth and potentially hundreds of branches on each leaf correlating to millions of nodes and hundreds of megabytes of data that must to be downloaded in a single request.

When the response from the backend utilizes hundreds of megabytes, maintaining rendering states from reducers to containers and components turns out to be a luxury for limited browser resources. We use the D3 library for major data rendering in Maze. Using real document object model DOM actions triggered by D3 can be relatively tricky if animations or transitions are required, as React expects the whole DOM structure to be regenerated for state updates.

The workaround we applied in Maze is to use in-component states as well as caches for each new set of data and only dispatch a global data update when new aggregations are required.

There are many insights we can glean from fitting the raw data using the right strategy for real world use cases. From there, Web Workers execute the data fitting and deliver the results of each calculation so that we can serve real-time user interactions without having to query the backend, while original data sets are shared in the browser cache.

In other words, Maze collects a list of events for thousands of sessions and aggregates it into a single tree view. For each onboarded data source, the Maze backend receives data by running daily scheduled Spark jobs on pre-defined Hive tables, and real-time data from our open source streaming analytics platform, AthenaX. This step ensures that saved data can be as close as possible to the specified read schema definition.

During a typical interaction, a Maze user first checks the visualization for unexpected funnels and then dives into each individual session for greater insight. How depressing it would be, I remember thinking, to muster a win on so pathetic a norm as the purity of white femininity. But I was desperate. Sexual harassment was by and large accepted as an unfortunate consequence of male biology, and joking or bragging about sexual harassment was a comparably minor offense.

You can do anything was the refrain of my childhood. I was a daughter of the Title-IX generation, a lucky girl in a decade when lucky girls of lucky parents were encouraged to play sports, be leaders, wear pants, believe themselves good at math, and aspire to become the first female President of the United States.

The culture validated this norm. Politicians and advertisers loved girls. Girls, before they became women, could do anything. Women were too old to save, an unspoken rule behind all kinds of policy. Need an abortion? Better to keep the kid, who has not yet been ground down by life. But if girls were taught to be winners, boys were not taught to be losers. I maintained a prudent fear of the falling class. Some still had the resources to bring you down, should you be unlucky enough to be crossed by one. Combine male fragility with white fragility and the perennial fear of falling and you end up with something lethal, potentially.

Plenty of men make it through life just fine, but a wealthy white man with a stockpile of arms and a persecution complex is a truly terrifying figure. Elliot Rodger, Stephen Paddock: both these men had money. This is not to say that men punishing women for their pain is a rich thing or a white thing or even a gun thing. It occurs across cultures, eras, and classes, and the experience of being on the receiving end of it varies accordingly.

In Europe, prisons are brimming with black people and Arabs. It is in our eyes that they are diminished.

Your cell phones can’t save you in ‘Haunt’

And yet they try desperately to reconquer us, often through violence. In a society that is castrating, patriarchal, and racist or subjected to imperialism , to live is to live with virility. Yes, we are subjected with full force to the humiliation that is done to them. 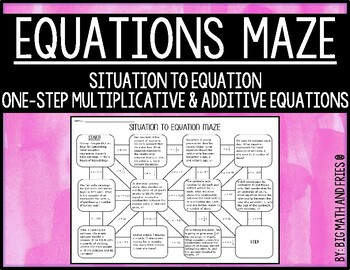 Male castration, a consequence of racism, is a humiliation for which men make us pay a steep price. Women pay the price for other humiliations as well. It can feel like being put in place, chastised, challenged, or dared. Sure, you can do anything , it says. 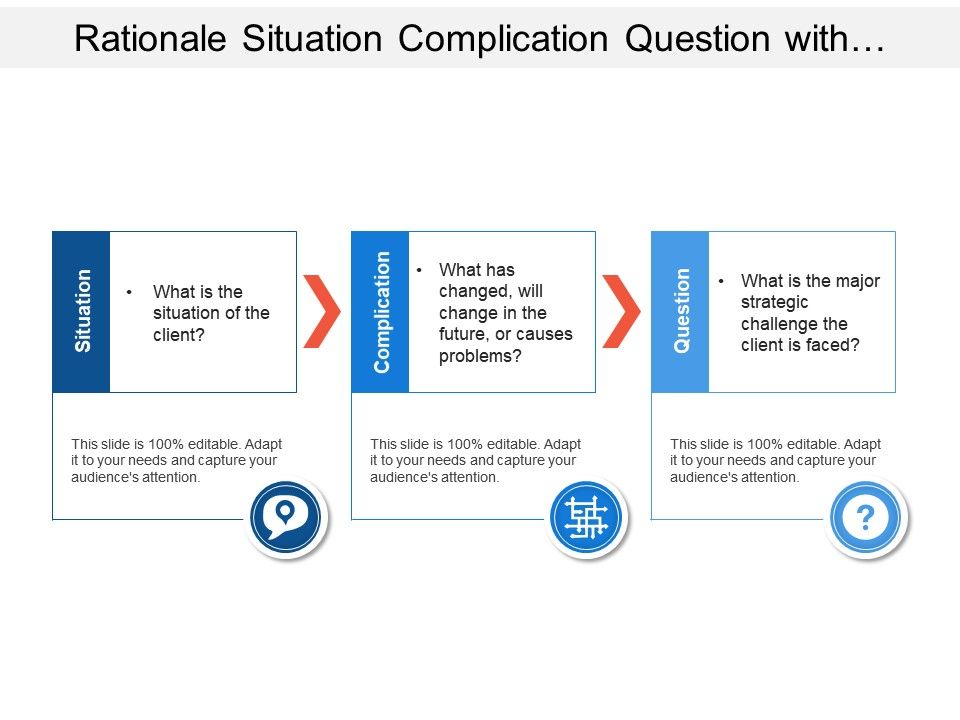 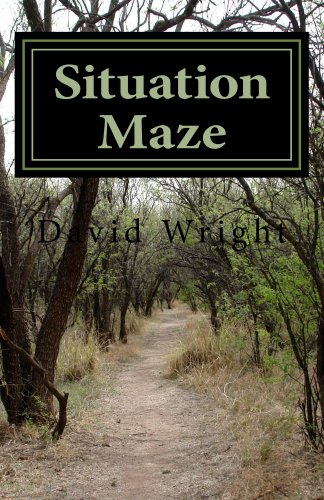 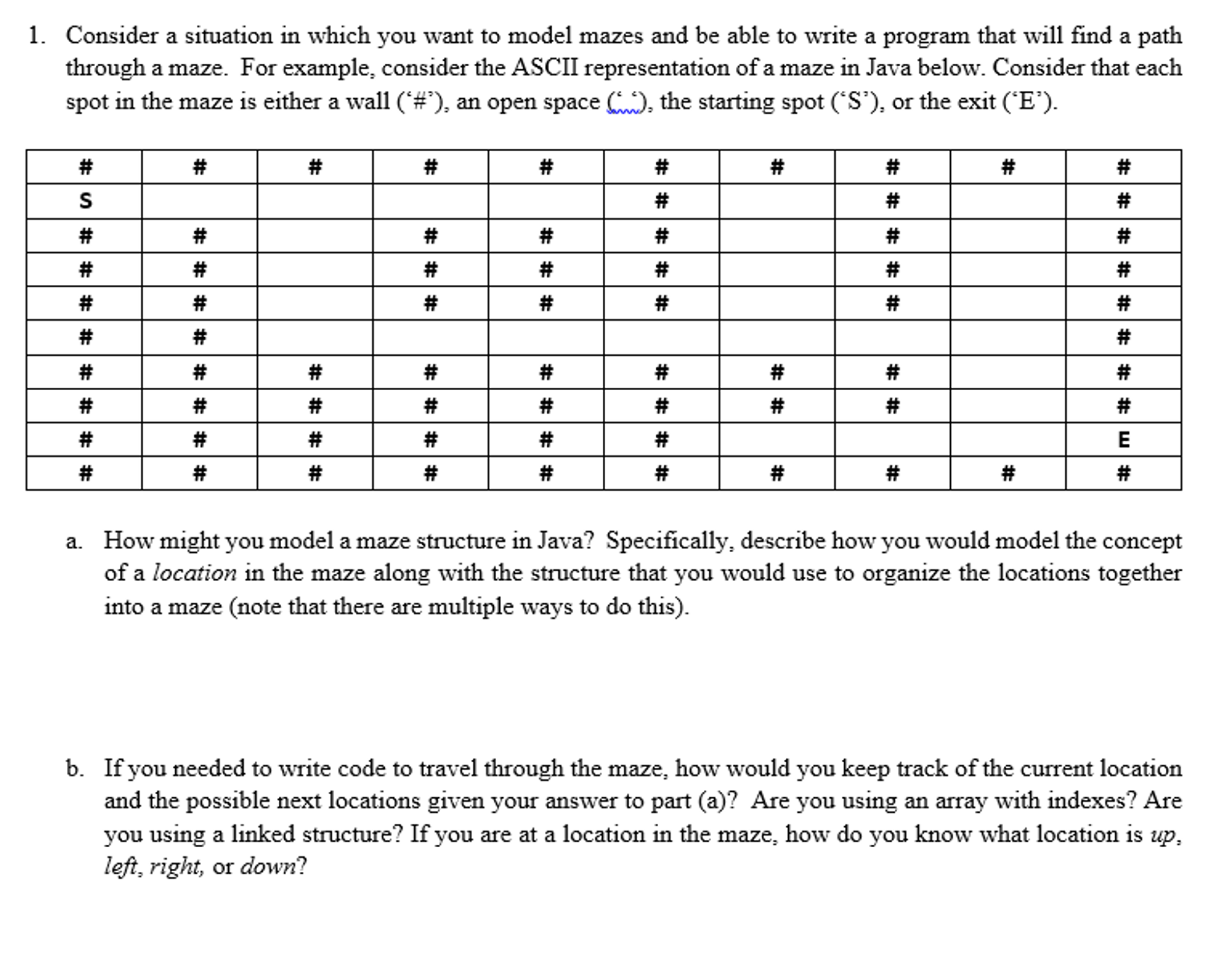 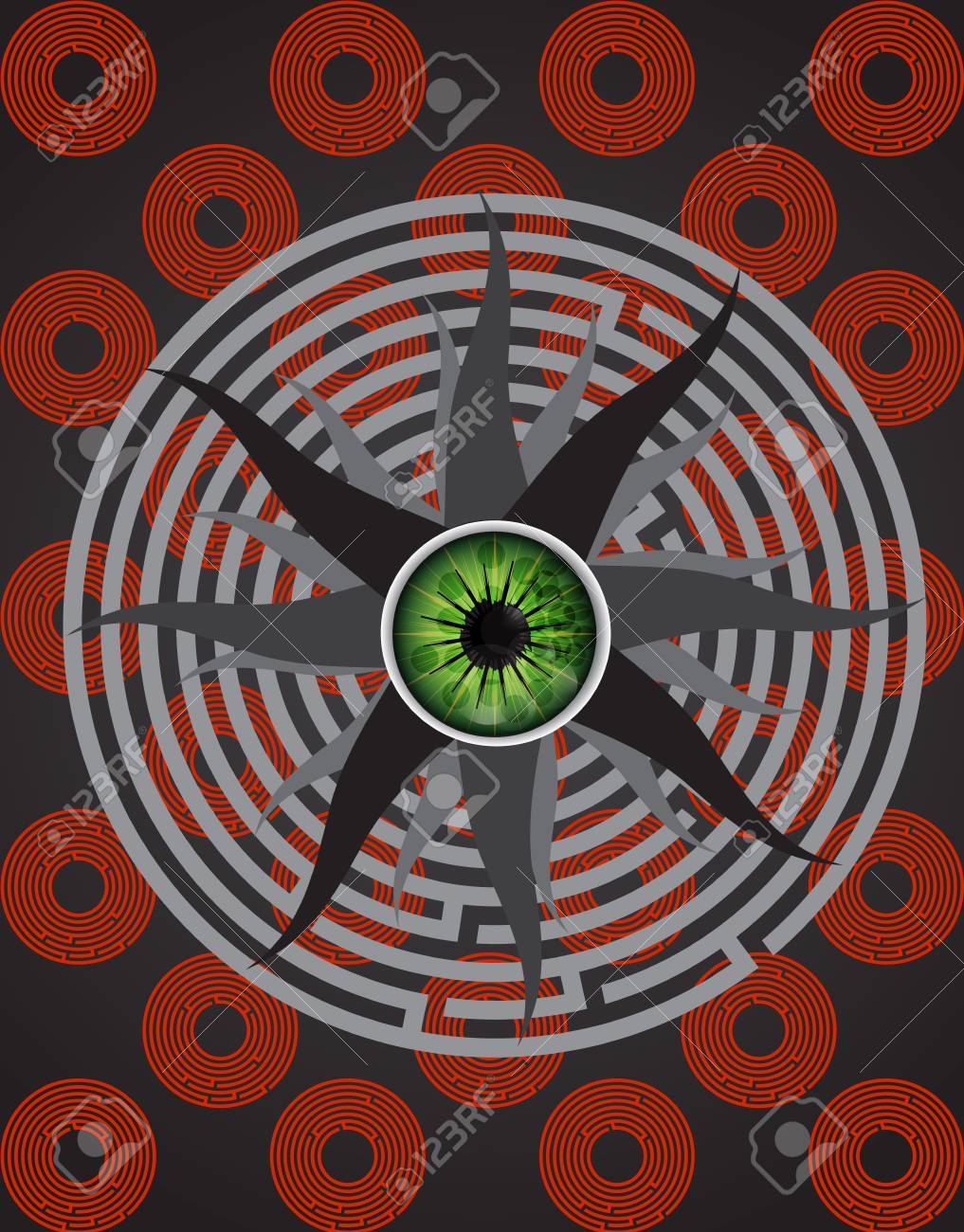 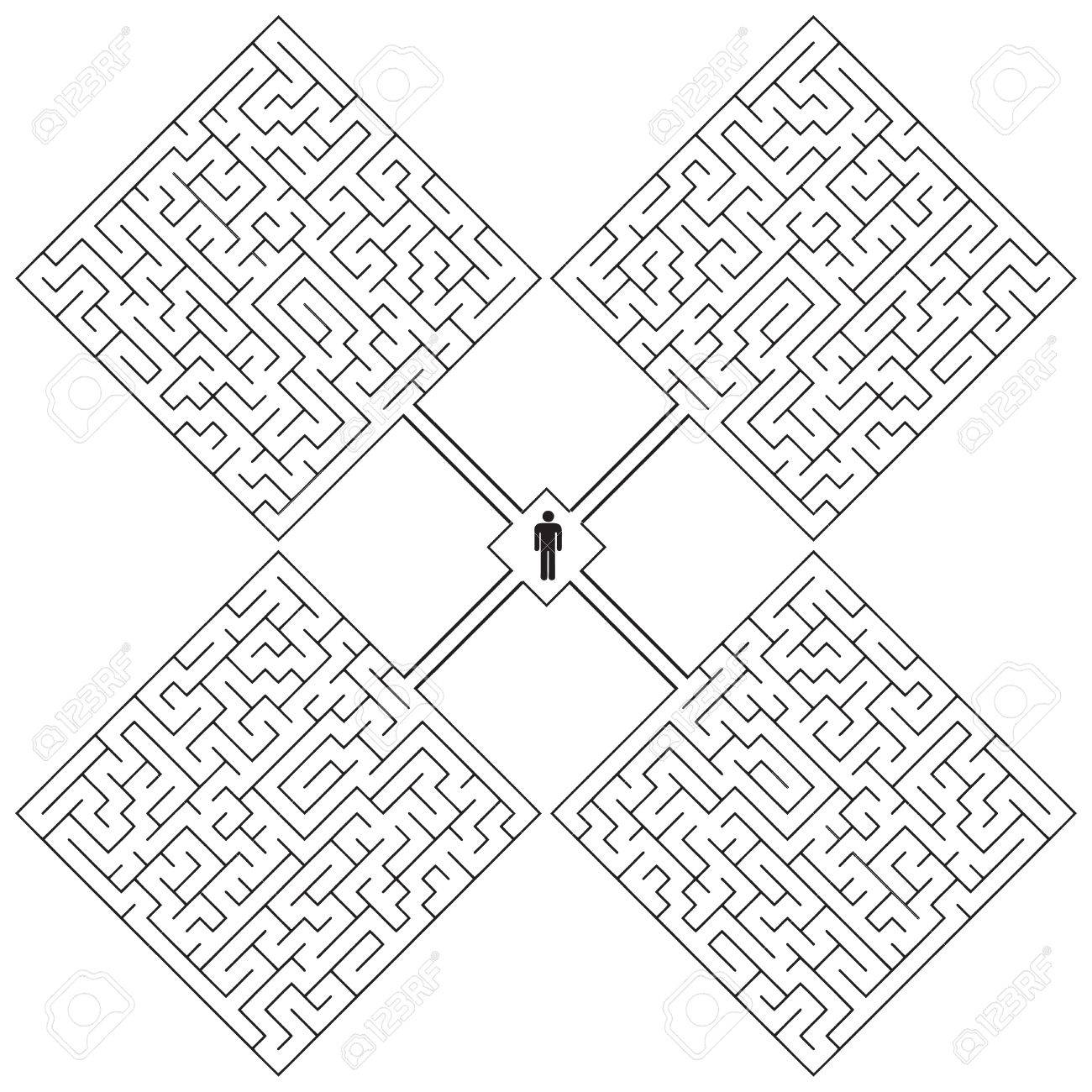 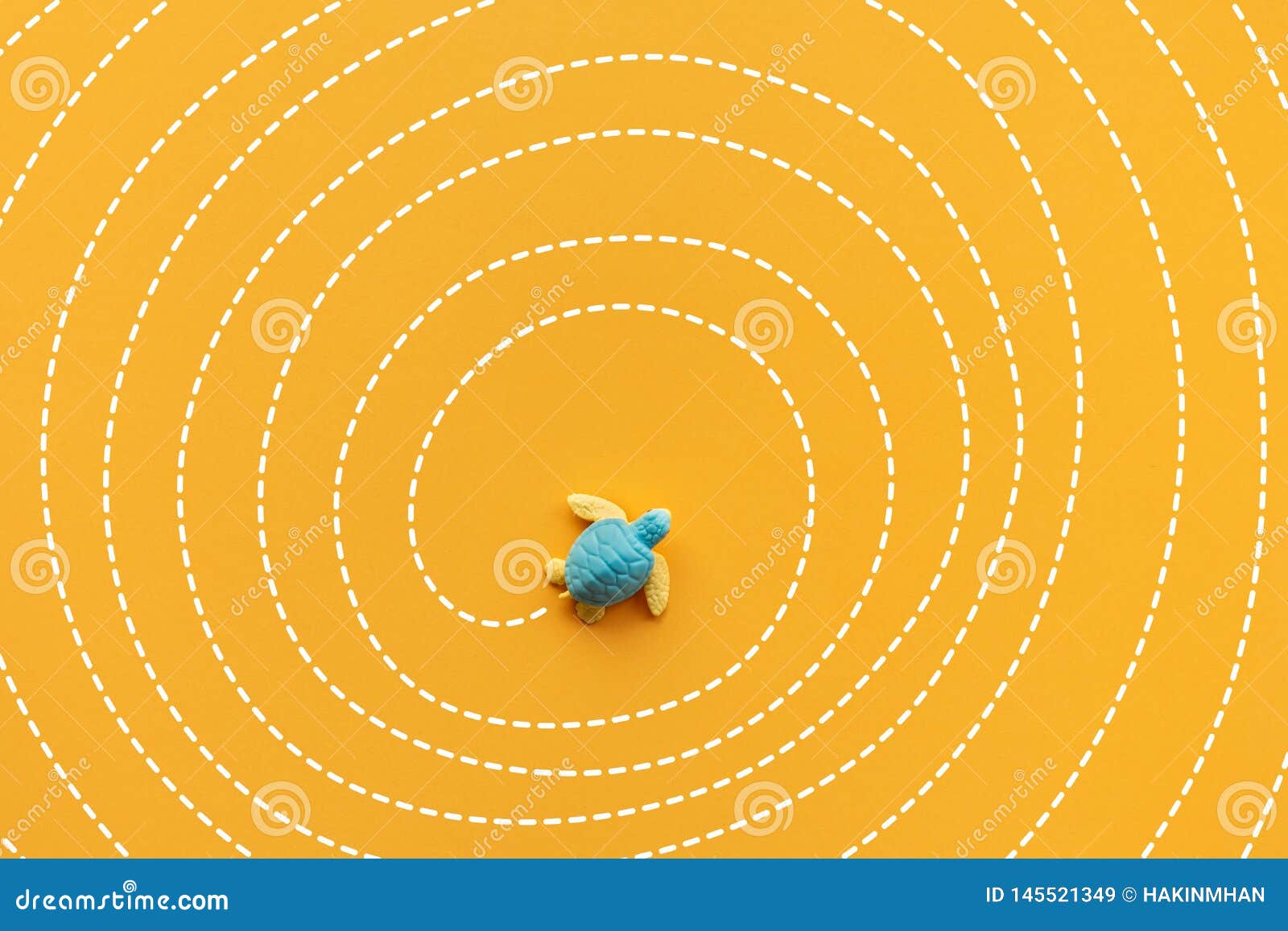